This summer Dysfunctional Theatre returns to Governor’s Island for our third summer of transforming House 8B on Nolan Park into a grab box of art, poetry, dance, theater and song.  Each week new works will be offered. Stop by weekends May 6th through October 29th between 12pm – 5pm to explore the house and experience art created

by New York City independent artists for the public.  Have your picture snapped, hear a song, see a short play and explore the house with us. 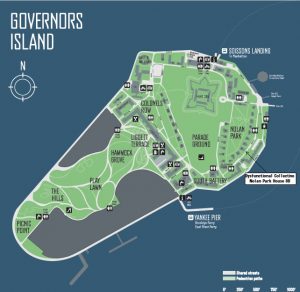 Abstract Landscapes – Weekends May through June 11
Capturing the distinctive natural features through terrain and color, this series draws its inspiration from the opposing landscapes of Plitvice Lakes National Park in Croatia and California’s Death Valley. By layering these variations, new patterns emerge, reinforcing those that exist naturally in the landscape, and create an abstract atmosphere based on the texture of the location. 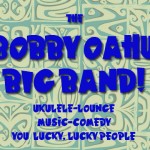 Appearing at Governor’s Island for the second time, Bobby Oahu (Josh Hartung) takes his act out of the lounge and onto the porch!  Yes, that Bobby Oahu!  The one you’ve heard about when people say, “who else is playing?” or “did we actually pay for this?” or “that poor ukulele!”  Bobby Oahu (vocals and ukulele abuse) will also be joined on vocals by his ex-wife Shirley (Nicole Lee Aiossa) and a rotating cast of musicians, whenever they get out of bed on time or their medication wears off.  You lucky, lucky people.

The Bacchae – May 13, June 18 with Performances September 23, 24, 30 & Oct 1
The end men look for cometh not/And a path is there where no man thought. When the world is mad, does embracing madness make you sane?   Over the course of the summer an all-female cast of singers, dancers and actors will reimagine the ancient Greek drama about the war between freedom and control.  Come back all season long and watch a powerful new vision emerge, culminating in two weekends of performances in September when the whole house will be transformed. The world is blind./Thou and I can see… These crooked matters may even yet be straightened.

Dysfunctional Swingers – May 14 and June 4

Learn about the exciting, jazzy world of swing dance with The Dysfunctional Swingers:  Emily Edwards and Brendan Patrick McGlynn, with special guest appearances by Bryce Weinert. Visit and receive a free introductory swing dance lesson and demonstration! The Dysfunctional Swingers will be dancing all season long to those sweet big band sounds. Perfect for all ages and dance levels! For more information, visit our fb page at facebook.com/dysfunctionalswingers 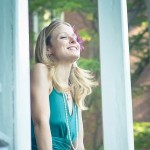 Downtown princess and Broadway geek Mel DeLancey sings her favorites from the genre. In her “Show-tuned out” living room you’ll rediscover standards from the musical theater cannon with both historical context and modern perspective. 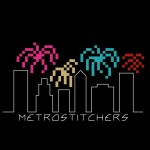 On May 20th The Metrostitchers will gather at House 8B to share their work with the public. The Metrostitchers is a group of residents of New York City (and nearby environs) who gather frequently to carry on the art of needlework. On display will be works by members both finished and in progress. We’ve been stitching together for over 20 years now – we invite you to come sit and stitch with us. Supplies will be on hand for those interested in learning a new skill!

This work looks at the way that dancers play with Light personified; whether that be in a lofty well-lit studio or Art Noir style on a Brooklyn rooftop. It explores the way that harsh light allows for contrasting patterns to fall on dancers as they move through the air and interact with the space around them. Windows, mirrors and the open air create an apt stage for this exploration.

When we’re kept apart, no space is safe. But we can all be given the room to see each other clearly. “Safe Distances” is a place to try and close this divide. The shape of America and the world, fragmented but with all its pieces there, will cover the walls, letting visitors see beyond. Inside these frames, poet and host Adam McGovern will put up poems about the places he’s been, and welcome writings and mementos from others about where they come from. Within each outline, filling up with words, pictures and items about that place, a map of what we have in common and how our lives connect may form. At times Adam will read his poems aloud, welcome others to do so, and foster talks on feelings we all understand, or will. 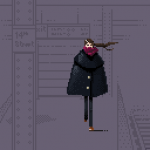 Chris Pace shows the trains and tunnels of subterranean New York through the lens of early PC adventure games, using a style which amplifies the simplicity, the possibility and the weirdness of any random encounter. 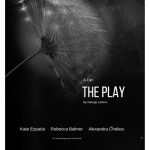 George Larkins’ film translation of Samuel Beckett’s The Play follows the fragmentation of Beckett’s dialogue with sound, editing, and motion graphics. Reimagined as a tale of three women, the looping film noir short explores the one-act’s themes of convergences and disintegration. Experience this work projected across the storied surface of the location. 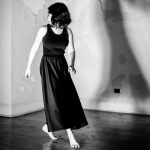 This will be the third consecutive year of the development of this performance art/theatre piece with the Dysfunctional Collective, which has focused on exploring trauma, memory, and the body through dance, monologue, film, sound, and personal storytelling. In part three of small female, we will explore anger and light, pleasure and power. Performances will be held on Saturday July 15th and Sunday July 16th in the afternoon. Rebecca Gray Davis is a small female (4’11.5″), who has been performing and creating theatre since she stopped getting taller. To get in touch, please visit www.rebeccagraydavis.com. 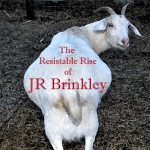 A work in progress presentation of a new play about a quack doctor and radio celebrity who became a surprisingly successful politician in 1920’s Kansas.  Presented in a Brechtian style, with country music.  The American dream achieved by the least clever of con men, who gained fortune and fame by surgically implanting goats nuts.

The Paper House: Who What Where When Why and How – Weekends July 29 – August 20

If life is a series of questions, then curiosity makes the world turn. Come help us ask and answer “Who?” “What?” “Where?” “When?” “Why?” and “How?” in our interactive art installation for all ages! Engage with inquisitive works by New York artists and write, draw, and craft your own questions and answers in an ever-evolving dialogue on the very walls of the house itself. Just bring your imagination. We’ll provide all the other tools!

The Benefits of Contemplating Death by Hannah Suzanna is a multi-platform art piece focused on embracing death to live a more fulfilling life. Come to see photographs embodying the loss of identity and universal interconnectedness experienced around death. There will also be an underworld photobooth, and an interactive art piece designed to give people a safe space to share their experiences around death and grief. 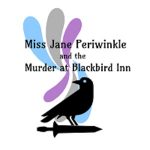 The Blackbird Inn is celebrating  their grand re-opening after a “recent unpleasantness” — that is, the murder of the former owner. What a coincidence that famous mystery writer (and notorious busybody) Miss Jane Periwinkle should be checking in for a relaxing weekend! But is it a coincidence? And how can anyone relax when Jane is on the case?  Come back to the 1920s and join us at Blackbird Inn. Be a guest at the open house celebration, mingle with the suspects, and watch Jane solve the case of the murdered innkeeper!

“Hannah by the Window” is a seven part series that illustrates several major phases of a woman’s life. Influenced by Jan Saudek’s window series, I attempt to capture through digital photography and collage ideas about innocence, womanhood, birth and death. As the composition is heavily influenced by Saudek’s photography work, this series uses concepts of inner and outer self as well as times of day and light to further articulate growth and change. 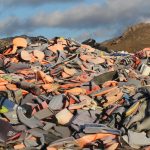 Documentary photography exhibit ‘On the Ground’ captures the reality of the refugee crisis in late September 2017 in Greece. Rundown makeshift housing erected in fallen buildings, protest tents outside of aid agencies and piles upon piles of life jackets now stored in a hidden valley away from the prying eyes of reporters. 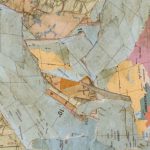 Writer Mim Granahan (Miss Jane Periwinkle mysteries) presents a collection of spooky, spacey, and spellbinding short screenplay scripts, just right for the Halloween season. All of the scripts were written for online competitions in the space of 24-72 hours.
Dragons! Epic quests! A spa on the moon! What more could you want?
↑