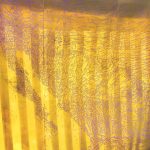 Governors Island, a former military base aptly conjures ghost-like dualities within its former status as a fortress to define place, identification, and nationalism. “Wall to Wall,” created by California visual artists Doris Bittar and Joyce Dallal projects personal, societal and metaphorical experiences. Referencing contemporary statistical maps of crossings, border deaths and prototypes of the proposed wall, the neglected room is engulfed with the oversized two-sided divider to invite a traversal of boundaries. 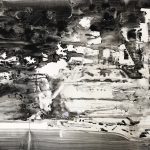 Kathryn Keller Larkins is interested in the emergence and expansion of law enforcement in the United States, and what objects, technology, structures, and actions have been used in the name of policing the public. The works in Over to the Right come from Larkins’ research of publicly available dashcam footage of police/civilian encounters as a starting point for a series of sumi ink paintings and silkscreen half-tone prints. Larkins hopes to communicate how the conflicts surrounding racial equity in policing shape her thoughts, fears, and actions, even while she seeks                                             a means of resistance and tools for defending hope. 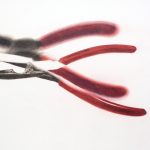 Discernment:  Liz Adams, Heather Heckel, Diana Naccarato
curated by Kathryn Keller Larkins
Discernment presents paintings, drawings and sculpture by three visual artists thinking about what can be seen and what can be known. Double vision, the individual experience within a group experience and materiality are considered at a moment when reality is becoming a state harder for us to stay in or to even fully identify. 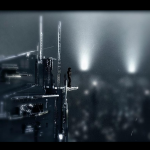 Anarchy of Will is a showcase of visual research for those interested in the continuous discovery of unsung heroes. Digital prints inspired by Aimé Césaire’s 1946 play Et les Chiens se Taisaient (And the Dogs Were Silent) will be on exhibition. Artist George Larkins is a professor of communication design at CUNY – New York City College of Technology. His research has involved connecting the history of colonialism in the Caribbean and Africa to the present.
Anarchy of Will explores the possibility of resistance within a legacy of oppression. 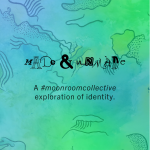 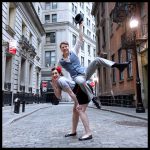 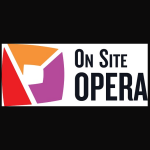 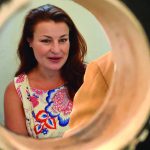 Performance for One: a seven minute play by Edward Einhorn written for one performer and one audience member, repeated every ten minutes. An old memory is explored, a new one created. What is the responsibility of the audience member in creating it? 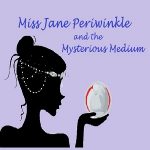 The nosy mystery writer returns to Governors Island this fall with an all-new immersive adventure!
Jane has met up with her friends from finishing school to hold a seance. During the seance, medium Madame Carnelian reveals that one of the women has murdered her husband! All of Jane’s friends have lost a husband — Rosalind has lost several — but which one is a murderer? With 5 suspects and 5 possible victims, this may be Jane’s most challenging case yet! Join Jane at the seance, follow the investigation, and see if you can solve the case before Jane!

Directed by Maryanne Olson: Seb and Natalie have arrived to their beloved dead aunt’s home. Each has a different agenda. The mysterious Mr. Penny has arranged a tour of the house. But all will soon discover that the house has ideas and stories of its own.  Featuring overlapping  plays by Erin Bregman, Chris Chappell, Jeff Lewonczyk, Richard Lovejoy, Amy Overman, and Alexis Sottile audiences are invited to follow a haunted path of their choosing through the house.