A VOLUMINOUS EVENING OF BREVITY is an evening of short plays both comic and tragic dating to the beginning of the 20th Century. Dysfunctional Theatre Classics’ mission is to produce underperformed scripts from the previous centuries or to give a new take on “classic” plays of past centuries. All of these works are still considered Dysfunctional; the idea is to encourage the audience to perceive them in a new light and to realize that dysfunction isn’t a product of 21st or even 20th century life; it’s a product of the human condition.

Purgatory
Written by WB Yeats
Directed by Peter Schuyler
A troubled father and his son return to the barren site of the father’s youth.

Two Slatterns and a King
Written by Edna St. Vincent Millay
Directed by Rob Brown
A storybook king sets out to marry the tidiest woman in the land. But Chance intervenes…

Trifles
Written by Susan Glaspell
Directed by Amy Overman
In a quiet, desolate farmhouse, someone murdered John Wright as he slept. That someone might have been his wife. But why? 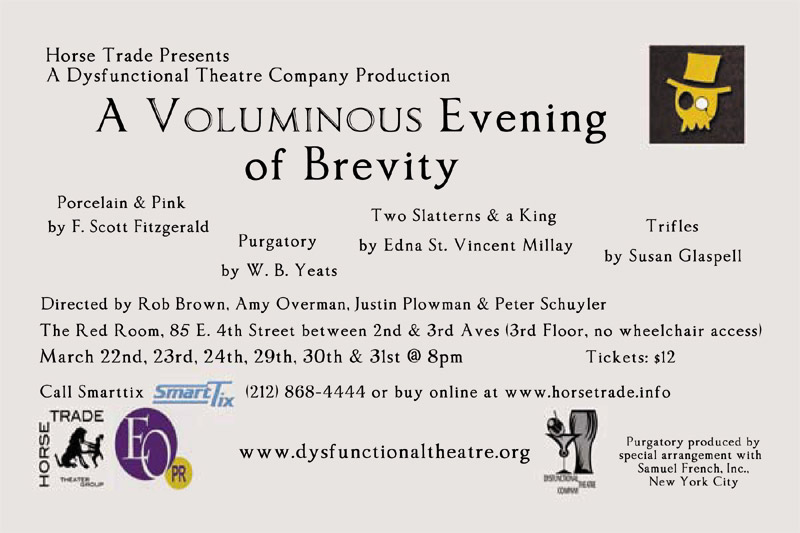