A DYSFUNCTIONAL THEATRE CLASSICS PRODUCTION OF 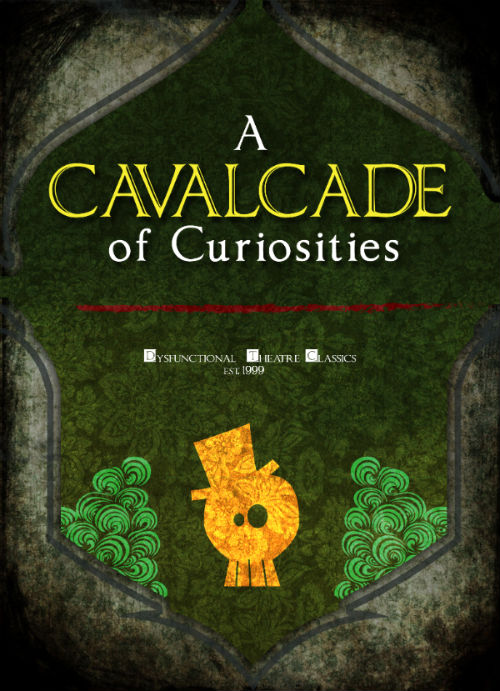 Dysfunctional Theatre Classics’ mission is to produce underperformed
scripts from previous centuries and to give a new take on “classic”
plays of past centuries, as well as continuing the Dysfunctional mission
to provide exposure to new playwrights.  All of these works are considered
Dysfunctional – the Classics Series encourages the audience to perceive
them in a new light and to realize that dysfunction isn’t a product of 21st
or even 20th century life; it’s a product of the human condition.

F. Scott Fitzgerald hosts A CAVALCADE OF CURIOSITIES, an evening of short plays spanning over 1,000 years of drama with zombies, yuppies and nuns, donuts, guns and drinking.  In other words, all the elements of a very Dysfunctional good time.
Fancy Eating You Here
Written by J.O.S. Hartung,
Directed by Justin Plowman
Even the undead have relationship issues.
Robosaurus
Written by Daniel Keleher,
Directed by Justin Plowman
Inside every straight man is a gay man who just wants to watch a robot eat cars.
Safety First
Written by Danna Call,
Directed by Nicole Lee Aiossa
Gun Safety for Children at the VFW, featuring Ammo the sock puppet. Free Hi-C and Oreos for all!
Dulcitius, as performed by the nuns of Gandersheim
Written by Hrosvitha,
Adapted & Directed by Amy Overman
A convent of 10th century nuns perform a play glorifying the virtues of Christian virgins and the strange ways God protects them.The Big Donut
Written by Trav S.D.,
Directed by Peter Schuyler
On a frigid New England night, an act of kindness bears strange and hilarious fruit.