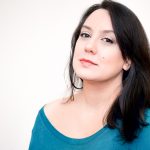 Rob Brown ( Secretary) joined Dysfunctional Theatre back in January of 2004 after doing Please Please Please Love Me.  Since then he has performed in several productions with Dysfunctional, including, but not limited to, Hoover: A Love Story, Chosen, Arsenic And Old Lace (Mortimer Brewster), A Voluminous Evening of Brevity, A Cavalcade of Curiosities and, of course, The Eight: Reindeer Monologues.  Some of his favorite roles include Touchstone from As You Like It, Malvolio from Twelfth Night, Banquo from Macbeth, Mr. Green in Clue – Live on Stage with Flying Blind Productions and, of course, playing F. Scott Fitzgerald in three different shows.  He has a BFA from Webster University in St. Louis and is engaged to the beautiful Nicole Lee Aiossa. 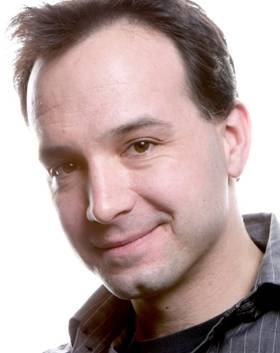 Eric Chase (Company Member) is a freelance actor, director and producer for theatre, film and television. He works regularly with Dysfunctional Theatre Company and Emerging Artists’ Theatre Company, and the filmmakers at House of Nod. He is a member of Actor’s Equity Association, and is a member and an Advanced Actor Combatant with the Society of American Fight Directors. He is a fight choreographer, and periodically teaches workshops in stage combat at theatre programs and colleges He is a licensed tour guide and owns and operates the Greenwich Village Literary Pub Crawl and it’s several spin-off tours (www.literarypubcrawl.com). He is on the board of directors of Literary Manhattan. Each year he donates his time to the A-T Children’s Project for their annual benefit. For more information go to www.ericdchase.com 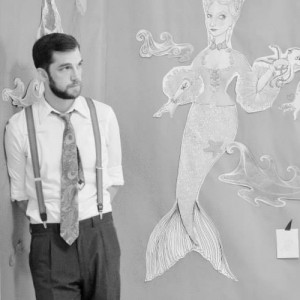 Adam Files (Company Member) made his acting debut in some show he did when he was pretty young back in a place you don’t know or should care to know. He has been a proud member of Dysfunctional Theatre Company for an amount of time that seems longer to the other members than it actually is. His first production with the company was that one thing where Tom put Nutella on his teeth and Ann kicked him in the manparts. While with the company he’s done that long multipart thing that deserved more attention than it got. That one thing that was like The Last Starfighter kinda. The friggin’ artsy one that was excellent. Better than it had a right to be. And that one he dropped out of cause he’s self-absorbed, among others. He’s excited to work with everyone who’s name he knows on our next production. He wishes to thank his parents ‘hey you’ and ‘lady’. www.adamfiles.com 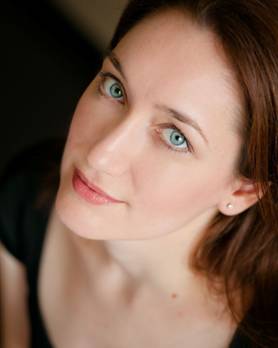 Jennifer Gill (Treasurer) has been performing with Dysfunctional Theatre since 2003 when she appeared in Untitled Farce (Ms. Guest) She became an official company member in 2004 and now also serves as company treasurer. During her years with Dysfunctional she has appeared in: Arsenic and Old Lace (Elaine), The Eight: Reindeer Monologues (Prancer 2009, Vixen 2007, Blitzen 2006, Dancer 2005), The Dysfunctional Guide to Home Perfection, Marital Bliss and Passionate Hot Romance (Winner – Frigid 2009 Audience Choice Award), Bite (Annabelle), Hoover: A Love Story (Jackie Kennedy, Ronald Reagan, a Japanese Warplane and others), Please Please Please Love Me (Nina), and many others. Other favorite non-Dysfunctional performances include Comedy of Errors (Emelia), The Voysey Inheritance (Beatrice) and Romeo and Juliet (Lady Capulet). Jennifer has a BFA in Drama from New York University’s Tisch School of the Arts.

Rachel Grundy (Company Member) A native Londoner, Rachel has been working in the New York theatre, film and music scenes since 2003. Relocating permanently here in 2005, she has worked on numerous short films, features, TV and web series, and with multiple theatre companies, most notably with Dysfunctional Theatre. Since her first role with them as an angry feminist reindeer in The Eight: Reindeeer Monologues back in 2007, she has been a sexy hilarious reindeer in the 2009 production of The Eight, a writer/performer in The Dysfunctional Guide to Home Perfection, Marital Bliss and Passionate Hot Romance, an angry divorcee lawyer in Unlicensed, an adorable Victorian street urchin boy in Final Defenders and a performer/musician in I Shall Forget You Presently & Summer to Your Heart. She trains with The Art of Combat in hand-to-hand, dagger and longsword, because doing stunts is awesome. You can also (briefly) see her studiously looking at a theatre program in season 8, episode 6 of Curb Your Enthusiasm. A musician with years of classical training, Rachel performs with blues, rock and soul band Coyote Love on sax, vocals and flute, as well as head typo corrector/cat herder for band leader Hank Coyote. ​www.rachelgrundy.com

Tom O’Connor (Company Member) was born in Brooklyn, and has been appearing onstage since the age of 13, which was really quite a long time ago. He performed original monologues as an opening act for Brother Theodore for 15 years.  He has appeared as Pale in Burn This, Bill in Night Sky, The Professor in Ionesco’s The Lesson, David Larrabee in Sabrina Fair, and has appeared in Dysfunctional productions of Brew of the Dead (I & II), A Cavalcade of Curiosities, A Voluminous Evening of Brevity, Unlicensed, and, most recently,  We See Red.  Tom is delighted to be a member of Dysfunctional and sometimes talks about himself in the third person

Amy Overman (Artistic Director) has been performing, producing and directing with Dysfunctional Theatre since 2001. Favorite roles include Vixen in The 8: Reindeer Monologues, Liz in Unlicensed, Kim in Brew of the Dead and Linda in Please Please Please Love Me and as a writer/performer in The Dysfunctional Guide to Home Perfection, Marital Bliss and Passionate Hot Romance and I Shall Forget You Presently.  Her work as a director includes the NYC premiere of Of Dice & Men.  In addition to many Dysfunctional shows, Amy has worked all around the indie theatre scene, including at The Brick and PS 122.   She has a BFA in Acting from Syracuse University, is a Master Mason of The Brick and a member of the board of directors of Horse Trade. 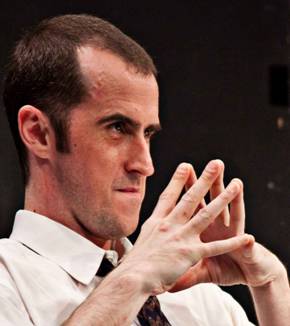 Justin Plowman (Director of Development) has appeared in the Dysfunctional shows The Eight: Reindeer Monologues (Donner), Bite (Dr. Bruce Marone), Untitled Farce, How to Have the Ultimate Orgasm Each and Every Time, We Won’t Pay, We Won’t Pay (Luigi), Mr. Rogers’ Y2K (Neil), Sodom, or the Quintessence of Debauchery (The Prince),Il Duce: The Rudy Giuliani Story, and Princess Di’s Brain Kept Alive in Graceland. He has also appeared in Clue – Live on Stage as Wadsworth the Butler and was a troupe member on the TV show Black Hole Television. He is currently the Director of Development for Dysfunctional Theatre so if you want us to produce your show, you gotta talk to him. 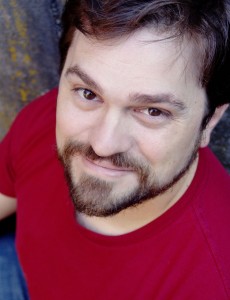 Peter Schuyler (Director of Development, Dysfunctional Classics Series) is an actor, singer, producer, director, and writer who worked in NY’s indie theatre scene from 2001 to 2011. He has worked with numerous companies in his NYC tenure, including (but not limited to): La MaMa ETC, Immediate Theatre Company, The Tank, Dysfunctional Theatre Company, 3Graces, and Bouncing Ball Theatre in DC. Peter has played the titular role in Titus X, Shawn Northrip’s punk rock musical version of Shakespeare’s bloodiest tragedy from 2004 to 2007, and played Strom Thurmond’s father in Thomas Bradshaw’s Strom Thurmond Is Not a Racist (both were NYIT award nominees). He directed Mastiphicus Meglodon at Under St. Mark’s, his directing debut. Since he moved to Portland, OR from NYC in 2011, he has appeared as George in Of Mice and Men, Doc Porter in Crimes of the Heart, Dr Givings in In the Next Room or The Vibrator Play, Benedick in Much Ado About Nothing, and Laertes in Hamlet. He is now working on bringing DTC’s signature production ethos to Portland. Peter is an alumnus of Northern Arizona University. 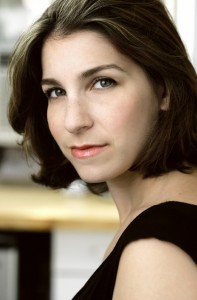 Amy Beth Sherman  (Company Member) is very pleased to be back in the Dysfunctional fold after a several year hiatus. Some past company credits include Unlicensed (Laurie), Of Dice and Men (Tara), The Eight: The Reindeer Monologues (Blizten), Brew of the Dead (Nexus) and Brew of the Dead II: Oktoberflesh (Paulette),  Chosen  (Chancellor/Ensemble),  Vampire Stewardesses From Hell (Tatiana), and Sodom (Swivia). Other favorite roles include Varya in The Cherry Orchard, Irina and Natasha in Three Sisters, Nina in The Seagull and Abby in the independent film Desperation, for which she won Best Actress at Microcinemafest 2006 and Best Acting Performance at Shriekfest 2006. She has a BA in theatre from American University

Patrick Storck (Web designer) is a writer of plays, films, comic books, and pretty much anything else people will look at. He began his official relationship with Dysfunctional with Brew of the Dead, since we all agreed theater needed more zombies. He’s since taken on additional responsibilities, such as website upkeep, large batches of bacon, and fireworks. He is currently working on several new stage plays, a few comics and film scripts, and always buying more fireworks, as they are his muse. 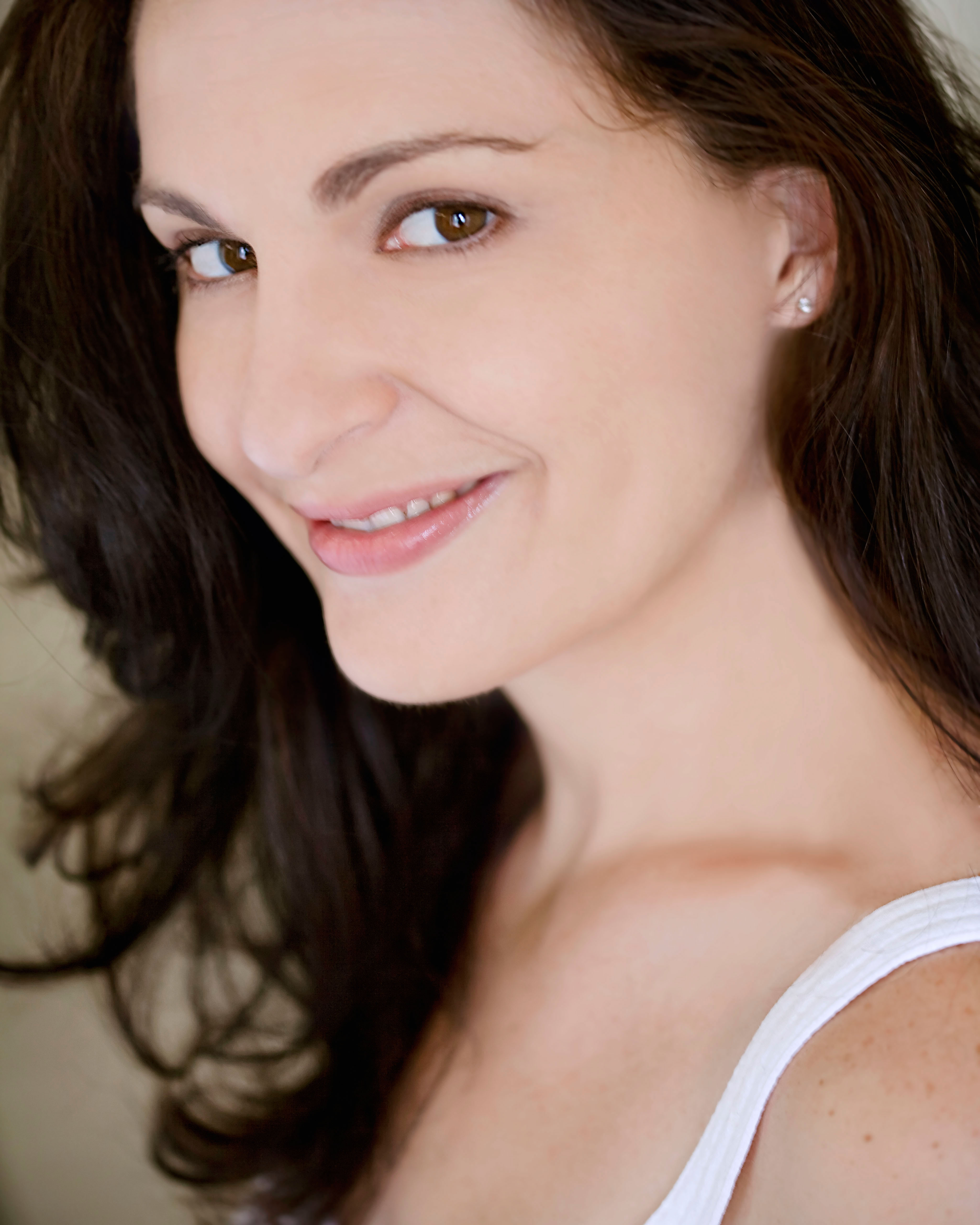 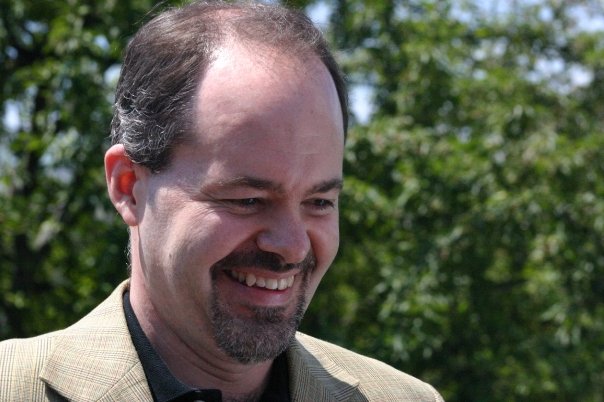 Rick Vorndran (Vice President) has worked with Dysfunctional Theatre as a playwright, producer and director since 1999. Plays he’s written (and sometimes directed) include: I Am Star Trek, Chosen, Control Freaks In Love, Michelangelo, Renaissance P.I., and Please Please Please Love Me. Other plays he has directed include Rob Matsushita’s Orange Murder Suit; Paul Wells’ Hoover, A Love Story and Vampire Stewardesses From Hell!!; Larry LaJoie’s Goodbye My Brother, Matt Grzybowski’s Untitled Farce, and Andrew Shepherd’s Whispers in the Wood. I Am Star Trek was staged to critical acclaim at the 2000 New York Fringe Festival and the 2001 & 2005 Edinburgh Fringe Festivals (by Skullduggery Theater). Rick was born and raised in Madison, Wisconsin, where he performed, directed and wrote for Broom Street Theater, and is happily married to his beautiful wife Kathleen. 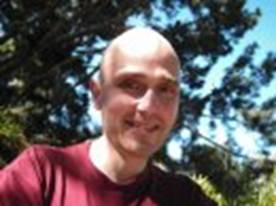 Paul Wells (President) is the founder of the Dysfunctional Theatre Company, as well as the Mercury Players Theatre Company in Madison, Wisconsin. Paul is also an actor, director, and playwright, whose work has been produced on both coasts. DTC productions of his work include Hoover: a Love Story, Vampire Stewardesses From Hell, Alien Sex Cult Clones Madonna!, and Il Duce: The Rudy Giuliani Story.